Agent Headsets is the brand name of one of the UK’s leading office and call centre headset ranges. The company with its headquarters in Leigh, recently opened a new branch in The Netherlands. Oost NL assisted the company with the choice of their new location. 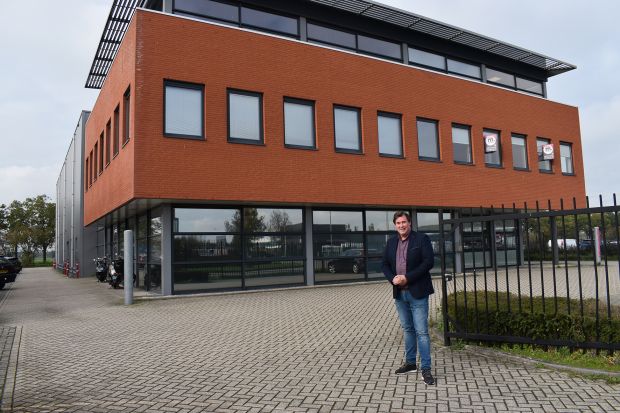 “Due to the increased levels of complication selling into Europe due to brexit we are now opening a European office that will initially enable our headsets to be sold into the Netherlands and then throughout Europe,” Jonathan Davies, Sales Director explains. “Our expansion will increase the reach of agent headsets to new customers in new countries. It will increase the amount of headsets that we manufacture allowing us to benefit from economies of scale and should allow the company to employ further staff and support our surrounding communities.”

In Wijchen Agent Headsets will start with a small office focussing mainly on sales. “We see the Dutch part of the business becoming our European centre of operations that allows Agent Headsets to establish itself throughout mainland Europe. We expect to steadily grow the headcount and develop a thriving group of employees”, Davies says.

Marloes de Goeijen, advisor new business at Oost NL, helped Agent Headsets to set up shop in the East of the Netherlands: “There has been an increase in companies from the United Kingdom choosing to open an additional location in The Netherlands. Businesses make this choice because of our relatively similar cultures, excellent position in terms of logistics and an English speaking labour force. We wish Agent Headsets the best of luck with their new location.”

Jonathan Davies: “Oost NL has been incredibly helpful in putting us in touch with trusted suppliers that have been incredibly helpful in establishing the business. They have kept in contact, checked up on our progress and ensured that we are aware of legislation. Through the help of Oost NL the people of the Netherlands will be able to benefit from the exceptional headsets that we offer.”