The British company JLC Distribution has a new European base in Almelo (The Netherlands). From the business centre 'House of e-commerce', the company aims to grow its European market. JLC Distribution started out as a small IT hardware distributor based in Bristol. In just a few years, the company has grown into an international player in the supply of smartphones, tablets and accessories. Their customers include the major distributors to government and educational institutions in the UK. The company hopes to roll out the success formula of their British operations in Almelo as well. 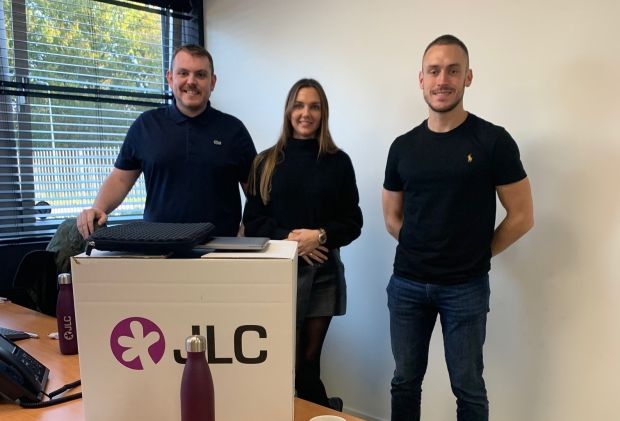 As a starting point for the Dutch location, JLC Distribution is linked to the WTC in Hengelo, for its services in virtual office management, and is physically located in the House of e-commerce in Almelo. The team at JLC hopes to employ a minimum of 10 people within three years. "JLC Distribution have had great success in the UK over the past few years and have been looking for a location to bring presence into Europe over the last 6 months. After careful consideration The Netherlands, and in particular Almelo, made the most sense. It gave us great access to many of our potential customers as it has a central location, it is also a beautiful part of the world and easily accessible by car from the UK" says James Lake, Managing Director of JLC Distribution.

Oost NL has guided JLC Distribution in finding a location for the Dutch branch. Lake: "Oost NL suggested locations and showed us around the region, so that we knew that Oost-Nederland was the right choice for our new branch. They also advised us on the administration involved in setting up a Dutch branch. We hope to grow our European business into a 20 million euro business. Currently our revenue is around 13 million euros in the UK, we are looking to replicate that success on a larger level across Europe.”

Marloes de Goeijen, advisor New Business UK at Oost NL: "Digitalisation proved to be of great importance during the corona pandemic. JLC was able to distinguish itself during the pandemic by providing digital solutions to companies and government bodies. The company can now do that from Almelo as well. It's great that a fast-growing company has chosen our region."