Twente aims to become the chip design center of Europe

Europe wants to stand on its own two feet when it comes to chip design. The Dutch Twente region can play a key role in this.

The gas crisis is once again forcing us to face the facts. We are all too dependent on countries outside of Europe for essential processes that keep society running. Europe is also striving to become more independent where the manufacture of chips is concerned. The Dutch province of Twente is aiming to play a pioneering role in this. The University of Twente, the MESA+ Institute for Nanotechnology Research and dozens of companies in the region have teamed up in the ChipTech Twente cluster, which will see to it that this ambitious plan is actually achieved. “All the ingredients are available here in the region,” says Bram Nauta, professor of Integrated Circuit Design at the University of Twente.

Without chips, the world will grind to a halt. We need them for cooling systems in stores, for traffic lights, for internet connectivity and even for our electric toothbrushes. At present, Europe is heavily dependent on countries like Taiwan and Korea for its chip supply. But if it’s up to the European Union, this will change in the near future. With The European Chips Act, Europe wants to strengthen its own position and double its chip production by 2030. So there is plenty of work to be done, not least in the Netherlands.

The Twente region is aiming for a key position with its Chip Tech consortium. In recent years, the region has already proven to have the right ingredients in-house to develop the chip systems of the future. There are now nine chip design companies in the region that design (parts of) chips for various global manufacturers. They are designing the very chips that are now in such short supply and thus hold an important position internationally. Without structural funding and new talent, Europe will be unable to achieve its ambitions to a sufficient level. Moreover, there are companies like LioniX International and PhiX that have been recognized for their development of photonic chips. These have the ability to use lights instead of electrons to do their job. Companies focused on microfluidic chips, such as Micronit, Medspray and Uneedle, have also established themselves in the region. And within the University of Twente (UT), there is a burgeoning department dedicated to labs-on-a-chip: small devices that integrate those various laboratory functionalities onto a single chip.

Text continues below the video.

In the past few years, therefore, major developments have already taken place. But the aspirations of Chip Tech Twente stretch even further. This is because the future of chips lies in the integration of the various systems being developed within the region. “Take the MedTech industry, for instance,” Nauta goes on to explain. “In this sector, a lot of different systems are all brought together. What if you could integrate them? Then it might just be possible to have toilet paper act as a system for detecting diseases during a trip to the toilet. Such a smart integrated system doesn’t exist yet. We could change that, here in Twente.”

Twente recognizes the urgency of integrating systems and is going to take the very next step: Setting up a pure-play foundry, where companies can work together on heterogeneous applications. Companies and scientists will be able to work side by side on a small scale making prototypes and developing new designs. Machines will also be provided that can produce the entire system surrounding it.

Nauta believes that the creation of such a foundry is a very good idea. Last June, together with Timo Meinders, business director of the MESA+ Institute, he handed over the ambitious plan to MEP Bart Groothuis aimed at promoting Chip Tech in Twente. “Companies there work alongside each other on innovative end products that don’t even exist today. Take, for example, a vacuum cleaner with sensors that can ‘smell’ dirt and can therefore more effectively do the job it was made for. Or take the airbag system I just referred to. This kind of foundry is the ideal location to bring these types of applications to life. But before such applications can be manufactured on a large scale, they first have to be designed. That is exactly what we are good at here in Twente. All we need to do is get companies to pull together and cooperate. The foundry is going to help with that.”

Over the years, several chip design companies from Twente have already succeeded in marketing a range of integrated applications. Axign, based in Enschede, developed an amplifier with chips that improves the sound of wireless speakers. The amplifiers are used in the sound systems of the American manufacturer JBL, among other applications. QBayLogic is working with several leading companies and institutions, including Airbus and the Netherlands Organisation for Applied Scientific Research (TNO), on a chip design (containing both analogue and digital elements) for a laser solution as part of the TOmCAT project (Terabit Optical Communication Adaptive Terminal). This project should enable laser communication with high processing speeds between ground stations and satellites. Ultimately, the foundry’s goal is to promote even more of these kinds of applications this way.

The fact that Twente has so much potential in the field of chip design is in part due to its unique start-up climate. Large companies such as ASML and Philips have been establishing themselves in the Brainport region (the innovation ecosystem of Eindhoven) for decades. Twente lacks major tech giants. But this is precisely why there is room for the smaller tech start-ups in the region. “Students who graduate from the university in Eindhoven eventually end up working for those tech giants. The incentive to start their own businesses is not as prevalent there. In Twente, through the years, about nine companies that originated from the faculty at the University of Twente have already established themselves in the field of chip design. Our students, who are in demand all over the world, in combination with these chip-related companies, for their part also attract new business. And so now we have an ecosystem here with the potential to cater to the world stage.”

In addition, grants from the growth fund in Twente contribute to the region’s aspirations to become the location for the development, production and packaging of heterogeneous systems. Ivan Stojanovic is project manager integrated photonics and semicon at Oost NL. He is convinced that two grants in particular, namely those from PhotonDelta and from NXTGEN HIGHTECH, play an instrumental role. “Within these grants there is scope for research money to reach different heterogeneous systems which will be able to support unique application fields,” Stojanovic explains.

Work within PhotonDelta is looking at what steps are needed to take photonic chips to the next level and at how to make their manufacture even more efficient. “See it as the development of the cookbook of the photonic chip. We are working on this with parties from Twente, but also with others from Brabant, such as Smart Photonics. Photonic chips are set to play an important role in heterogeneous systems, just like electronic chips. But this is why we need to get them market-ready and sort out all the bottlenecks.”

NXTGEN HIGHTECH is a broader-based program that explores how the Netherlands can maintain its strong technological position in areas such as biomedical technology, agrifood and laser satellite communications. “In this program, we are developing the tools and equipment that will make this all possible. This also involves making equipment that enables heterogeneous integration, as well as preparing the subsequent systems for the upcoming market demand. For example, we’re thinking about systems that will make use of MEMS sensors, photonic chips and sensors but also electronic chips and sensors. We need to be able to assemble all of these and test them.”

A matter of having the courage to do it

Just like Nauta, Stojanovic is confident that Twente, with all its know-how and expertise, will play a pioneering role in the field of heterogeneous system design. “It is now mainly a matter of having the courage to do it. If we invest now, and soon, once we have a foundry here, then we will be ready for whatever developments the future brings. I think Twente can do it.”

Over the next few months, ChipTech Twente will be working on drawing up a roadmap. It is expected that this will be finalized in September. 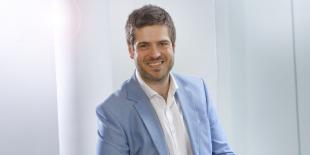 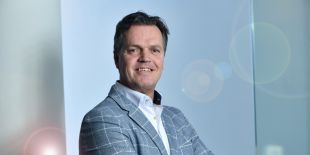 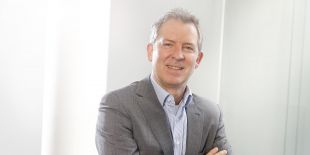