Since South Korean life sciences & health company Lunit established its European base for sales and marketing in the Netherlands in early 2020 it has continued to grow steadily. Lunit, a rising star in the field of medical AI, chose the Netherlands for its strong R&D environment and well-connected life sciences ecosystem.

Lunit is a medical AI software company devoted to conquering cancer and advancing medical intelligence. It develops and provides AI-powered solutions for cancer diagnostics and therapeutics that can save time and save lives.

As one of the first-generation AI startups, Lunit has grown robustly since its founding in 2013. In 2020 it was named a ‘Technology Pioneer’ by the World Economic Forum. The company has over 130 employees worldwide. From its global headquarters in Seoul, Lunit has expanded to key overseas Life Sciences & Health locations, with offices established in China, USA and ‘t Harde, the Netherlands. The office at ‘t Harde is primarily focused on sales and marketing and technical support.

Strategic choice for R&D and innovation in the Netherlands

Chris Land, VP of Europe Sales for Lunit, said the Netherlands was the only prospective European location on the shortlist. ‘We chose the Netherlands as our European base because of the strategic location, large start-up scene, strong medical research and focus on innovation. So, together with head office in Seoul, we decided on ‘t Harde and didn’t consider any alternative locations in Europe.’

Land said that the ‘luminary’ character of the University Medical Centers (UMCs) in the Netherlands could aid Lunit in the future once it starts conducting more research and has its AI products installed at reference locations. This installed base, in turn, will assist expansion into other European territories.

The Netherlands is a gateway to Europe

“We plan to grow our organization here quite rapidly,” he said. At the Dutch office, Lunit has hired a Regional Sales Manager for the UK and Ireland region and aims to hire more sales managers in Germany, the Nordics and Southern Europe before the end of 2020.

Regarding the technical support services, Lunit works with large medical devices companies such as GE, Fujifilm, Philips, Sectra, with whom it has established strong partnerships on a global level for sales, technical, and marketing support.

Assistance from Invest in Holland network

Land was assisted by the Invest in Holland network. ‘We are a new company here, and although we have a few contacts, we value their assistance in finding platforms and clusters, and helping us in marketing and networking. There is no sense in reinventing the wheel!’ Land says. ‘We look for companies in the medical AI field that are not competitors, but with whom we can share experiences. Together we are stronger.’

Contact
Photo album
"We chose the Netherlands because of the strategic location, large start-up scene, strong medical research and focus on innovation"
Chris Land
VP of Europe Sales for Lunit 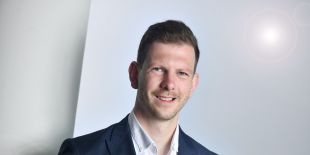 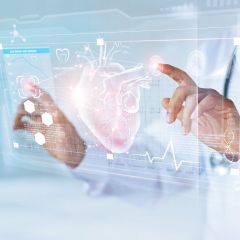