PH Windsolutions Inc., based in Montreal, Canada, is a supplier of production equipment for wind turbine components.

As the wind turbine industry grows, so grows the demand for production equipment from PH Windsolutions, alternatively among the transport and aircraft industries.

The majority of the resident team at this location has a background in engineering or mechatronics.

Eventually, the company chose the city of Oldenzaal, due to the available knowledge and expertise in wind turbine technology in the surrounding region of Twente.

Oost NL extended its support by providing information regarding the business climate, work and resident permits for expats, and introductions to relevant contacts at local vocational schools and technical universities.

PH Windsolutions began with a team of 8 personnel, and expects to grow to 20 within the coming three years. 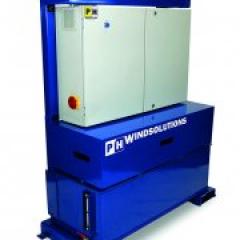