East Netherlands: the center of Cleantech and Energy

With about 1,400 companies and organizations working in the area of Cleantech and Energy, East Netherlands has become a valued incubator for more sustainable products, processes and services.

East Netherland’s strategic position, between major urban centers in Holland and Germany, contributed as well. So did its multilingual, multinational work force, its low-cost business locations, and wholehearted support from governments at national and local levels. Oost NL welcomed most of the recent additions with tailored, hands-on support.

East Netherlands’ private players in Cleantech and Energy include everything from multinational corporations to small- and medium-sized enterprises (SMEs).

At one end are global players such as

At the other end are smaller enterprises such as

Tap into the region’s abundance of knowledge organizations

East Netherlands has many knowledge organizations working in Cleantech and Energy.

They include research universities and institutes and universities of applied sciences. Companies in the region gain access to fresh ideas, alumni and research infrastructures.

Regional government also funds network organizations such as kiEMT, a public-private membership-based non-profit that brings together more than 200 members from government, industry, research and education. Members include Akzo Nobel, Alliander, DEKRA, Rabobank, Radboud University Nijmegen, Saxion, Twente University, and Wageningen UR. Through its GreenTechAlliances program, kiEMT strengthens the region’s position as a hotspot for energy and environmental technology with particular focus on a biobased economy, sustainable transportation, smart grids and solar energy.

Put yourself in the middle of the ‘Gateway to Europe’

Situated between two major urban areas —  Amsterdam and Rotterdam in the West and the German Ruhr District in the East — the region has excellent physical and digital infrastructures but ample agricultural, industrial and logistical space as well.

While nearby rail stations and airports offer quick connections to hundreds of global destinations, large stretches of farmland, business campuses and waterways are also readily available.

Companies, their employees and their families enjoy the best of many worlds: excellent health care and education, low real estate prices, no congestion, and the political and social stability of a country that has ranked near the very top of the United Nations’ Human Development Index for years in a row.

Oost NL stands ready to guide you in

Employees and their families can get support in finding suitable and affordable housing, as well as access to one of East Netherlands’ many excellent international education opportunities. 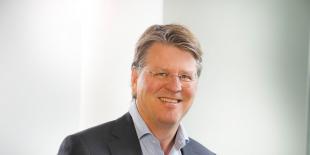